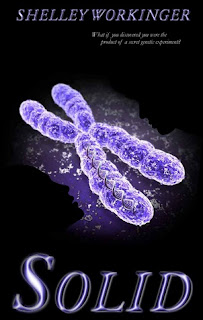 Clio Kaid may be 17 and just beginning the last summer before her senior year, but her life is anything but typical.

She's just discovered she was genetically altered before birth and is now headed to a top-secret Army campus to explore the surprising results of the experiment.

Follow Clio and the other teens as they develop fantastic super-abilities, forge new friendships, and find love as they search for answers. 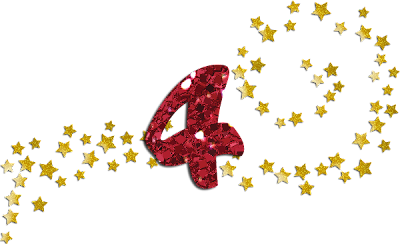 Solid is the first book in the Solid series by Shelley Workinger. The book is about a 17 year old girl named Clio, who discovers that she has been genetically altered before she was born. Now, she is at an Army campus with other teens her age to see what is going on with their bodies.

I have to say that this cover did not pull me in, because it doesn't say Young Adult or Romance to me. The story is good though. The storyline of all these pregnant women unknowingly taking a drug as part of an experiment was interesting to me. 17 years later, you have all these teens who are developing special abilities. The author has created a wonderful back story for this book.

There is a great cast of characters who each have a distinct personality of their own. Clio is your typical teenage girl who is easy for teens to identify with. Part of the time she has these witty comebacks and the other part of the time she is very unsure of herself. She quickly becomes friends with Bliss, who is sweet and a little bit shy. She also sort of befriends Miranda, a snobby girl who thinks she's better than everyone else but wants to hang out with Clio and Bliss anyway.

There is a sweet romance that develops between Clio and a charming boy named Jack. He is a little mysterious, so I'm interested to know more about him. Garrett is another member of the group, who is athletic and funny. There isn't a big cliffhanger at the end, but it definitely lets you know that there is more to come. This book somewhat reminds me of the Shadow Falls series by C.C. Hunter, so if you love that I'm sure you'll love Solid as well.

Find this book at the following places:
Amazon (paperback)
Amazon (kindle)
B&N
BAM
Posted by Tishia Mackey at 12:14 AM