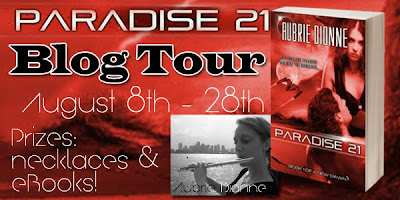 Welcome to Day #2 of this awesome blog tour! I'm excited to have the opportunity to be a part of this! Keep reading for a guest post from the author, and for more info on fabulous prizes!!

What if the world was ending, and you didn’t make it onto a colony ship?
The space pirates in Paradise 21 are the humans who have been left behind. Deemed “unfit” by genetic tests, or too poor to have any connections to make it aboard, they were doomed to scratch out a living in the ruin after wars, radiation, and zombies (which you’ll find out about in the prequel: A Hero Rising) decimated old Earth.
One leader emerged, James Wilfred, and he stole an unfinished colony ship to transport the people left behind on Earth to Alpha Omega, the largest operating space station meant to keep in contact with the colony ships.
Striker, the hero in Paradise 21, is directly related to James Wilfred, and all I can say is that he follows in his father’s footsteps.
Read Paradise 21 to see exactly how…
My question to you is:
What would you do if you didn’t make it onto a colony ship? 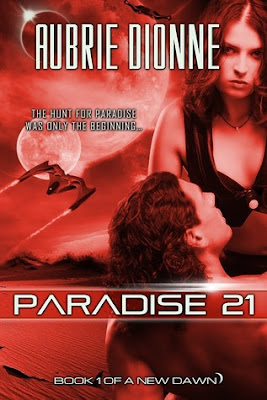 Aries has lived her entire life aboard mankind's last hope, the New Dawn, a spaceship traveling toward a planet where humanity can begin anew-a planet that won't be reached in Aries' lifetime. As one of the last genetically desirable women in the universe, she must marry her designated genetic match and produce the next generation for this centuries-long voyage.

But Aries has other plans.

When her desperate escape from the New Dawn strands her on a desert planet, Aries discovers the rumors about pirates-humans who escaped Earth before its demise-are true. Handsome, genetically imperfect Striker possesses the freedom Aries envies, and the two connect on a level she never thought possible. But pursued by her match from above and hunted by the planet's native inhabitants, Aries quickly learns her freedom will come at a hefty price.

The life of the man she loves. 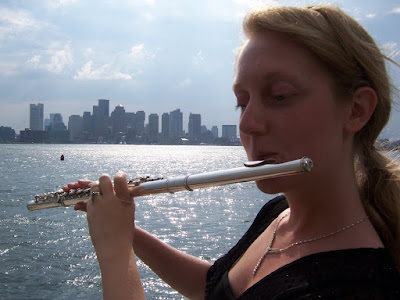 About the author:
Aubrie is an author and flutist in New England. Her stories have appeared in Mindflights, Niteblade, Silver Blade, A Fly in Amber, and several print anthologies including Skulls and Crossbones by Minddancer Press, Rise of the Necromancers, by Pill Hill Press, Nightbird Singing in the Dead of Night by Nightbird Publishing, Dragontales and Mertales by Wyvern Publications, A Yuletide Wish by Nightwolf Publications, and Aurora Rising by Aurora Wolf Publications. Her epic fantasy is published with Wyvern Publications, and several of her ebooks are published with Lyrical Press and Gypsy Shadow Publishing. When she’s not writing, she plays in orchestras and teaches flute at Plymouth State University and a community music school. 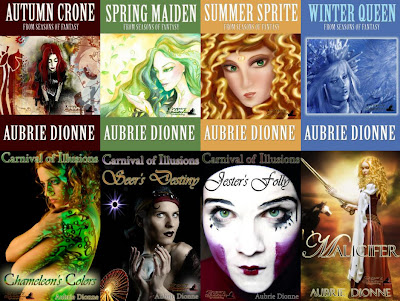 Aubrie is giving away an ebook at each tour stop of one of her previous titles (winners choice). She is also giving away a signed postcard at each stop!! Open Internationally! Contest for the ebook and postcard open through August 23rd!
Please let us know which of the above titles you would like to win (click on the image to learn more), and don't forget to leave your name and email address so we can contact you if you're a winner! Each comment at each blog stop will be entered to win these fabulous necklaces: 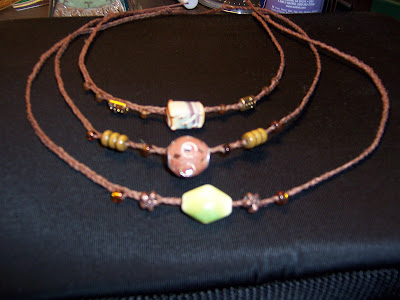 The necklaces will be given away on Aubrie's blog on August 30th. One entry per tour stop, with the chance to enter 15 times.

Monday August, 8th – Cinnamon, A Journey of Books / Guest Post, Where Aubrie got the idea for Paradise 21

Posted by Tishia Mackey at 7:51 AM